Hi there, thanks for using AD Universal Fk/Ik Match Tool! Here I’m gonna show you how to use the tool. First of all, in order to make it run well you have to ensure that your character rig has the thing that required as on the list below before defining into the tool:

1. Fill the controller name of your arm Fk/Ik switcher. For example when you will create the setup matching arm so you have to select the arm radio button then define the controller.

2. Otherwise, if you would like to run leg Fk/Ik. So you have to select the leg radio button and define the leg Fk/Ik switcher name. 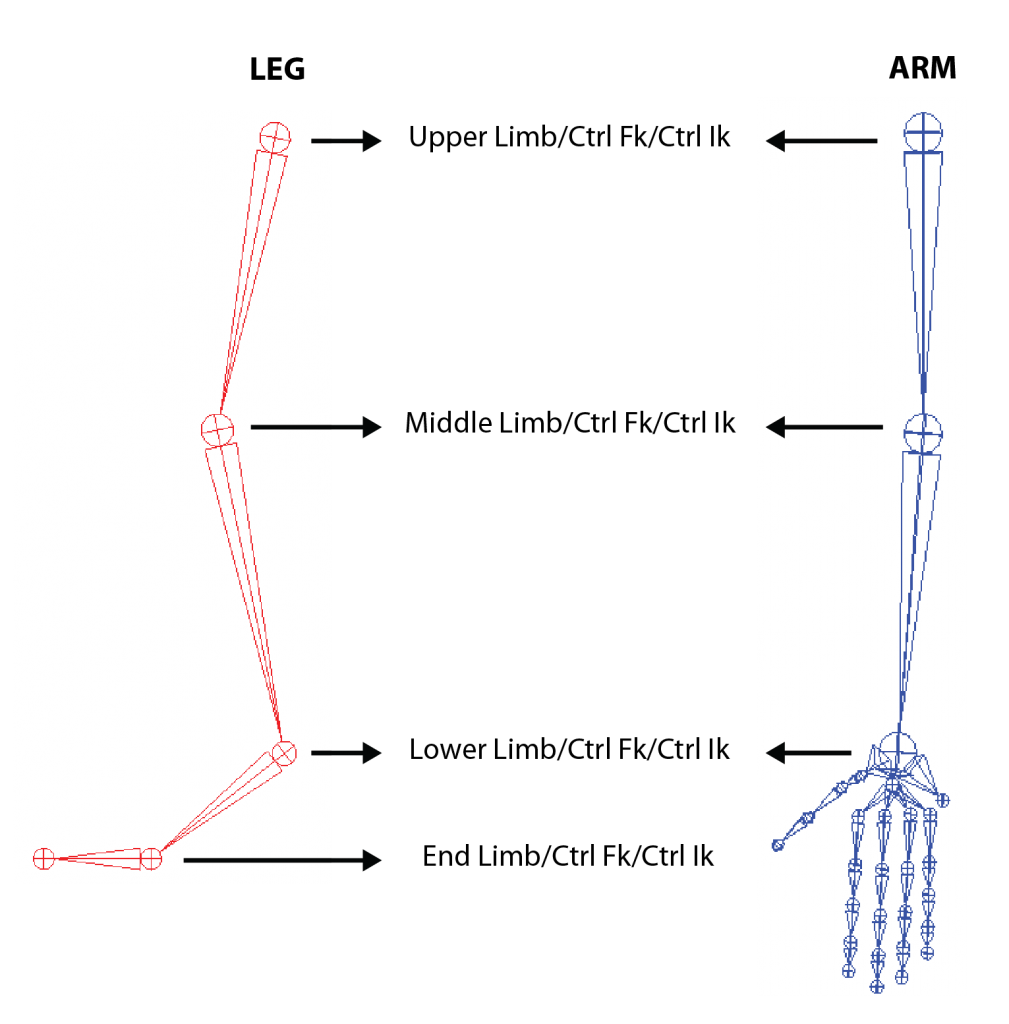 Define objects map for joint and controller Fk and Ik

6. If you are doing leg part the end joint has to be defined on this setup. Otherwise it can be skipped.

10. If you are doing leg part the end Fk controller has to be defined on this setup. Otherwise it can be skipped.

11. If the character has an upper limb Ik controller so you have to turn on the checkbox and define it. Otherwise it can be skipped.

14. If you are doing leg parts and the character has an end Ik controller so you have to define it. Otherwise it can be skipped.

15. Clear all inputs in the define object in the box.

16. Position that you define right now.

17. Aim axis to the child, on the image above example that axis aiming to the child with ‘Y‘ axis. This aiming doesn’t matter with a negative or positive axis.

19. You can switch off if the character doesn’t have ‘snapping setup‘ to the elbow or knee. Otherwise you have to define that controller object setup with the attribute name as well as ‘off‘ and ‘on‘ snap attribute value.

20. If you define an Arm setup so this will be deactivated. Otherwise you can choose whether the Leg end Ik (ball Ik) has a controller or not. If the controller exists you may skip this step. Else, you can define the controller that can drive the rotation of the end joint (ball ik). Or if ball Ik doesn’t have both of them (ball Ik controller or ball attribute rotation) you may switch off Ik controller and Ik Ball Toe Wiggle. As in this example, the controller driver name is ‘ankleIk_ctrl‘ and the attribute wiggle name is ‘toeWiggle‘.

21. The wiggle (rotation ball) needs to be defined for its rotation. You may set the reverse on the rotation.

22. If the translated Fk is locked and you need to define the stretch Fk setup you may switch on this button. Normally for Fk stretch setup rely on two parts.

23. Some characters have the limb stretch with translation and the other using scale connection. You can choose which has been connected.

24. The first box is defined for ‘upper limb stretch‘, in this example it’s defined as ‘upperFk_ctrl‘ controller ; the attribute name is ‘stretch‘ and the default value is ‘1‘.

25. The second box is defined for ‘lower limb stretch‘, in this example it’s defined as ‘lowerrFk_ctrl‘ controller ; the attribute name is ‘stretch‘ and the default value is ‘1‘. 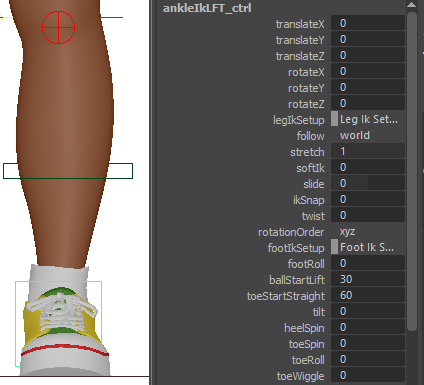 26. In this stage you can add the attribute to make it default as much as you can. The blue button is for adding the group and the red one is for deleting the group from the latest.

27. There are objects that need to be defined, in the example image above, I use Ankle Ik controller as an object ; adding the attribute that has to be defined ; set the value default ; and pick whether fk or ik. The attribute and value of course depend on your character default setup, however, the important thing is the match script will only match with the main joints. So this additional setup will be inserted to the script in order to make default before it’s executed the match position.

29. If you want to set the object to be Fk mode, so you can select the Fk/Ik controller that you have assigned (step number 1 or 2) then execute the button.

30. If you want to set the object to be Ik mode, so you can select the Fk/Ik controller that you have assigned (step number 1 or 2) then execute the button.